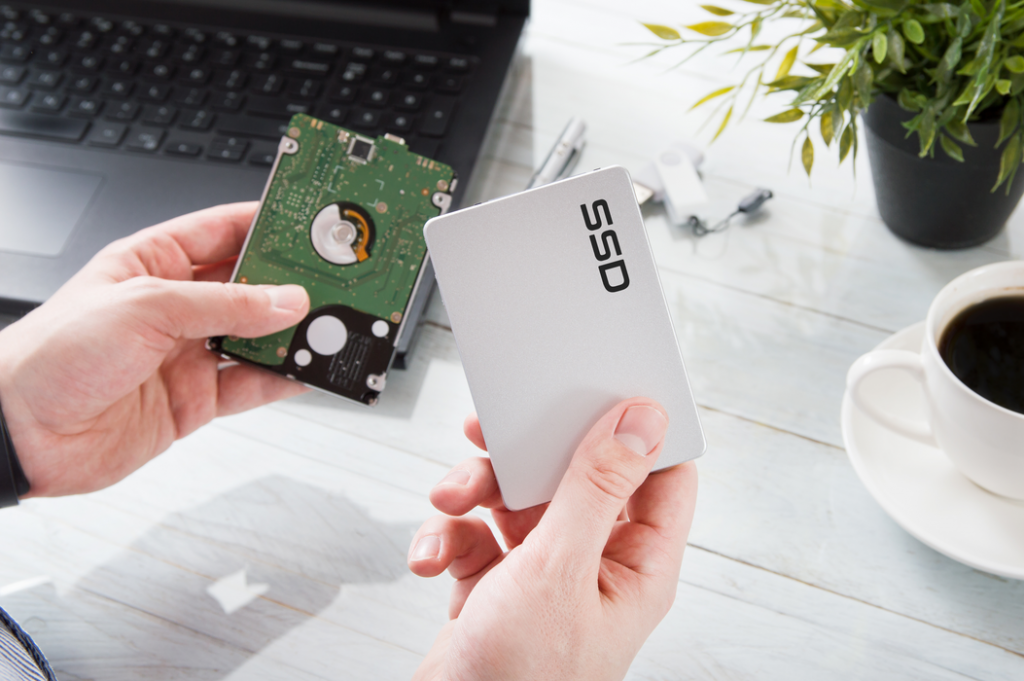 When selecting a dedicated hosting solution, you must consider many factors. Among them: choosing the right type of storage.

When selecting a hosting service, knowing the difference between SSD and HDD storage can help you make an informed decision that will best meet your business needs.

SSDs vs HDDs: Which is Faster?

When comparing SSD dedicated hosting to a hosting solution that uses HDDs, speed often serves as a determining factor. 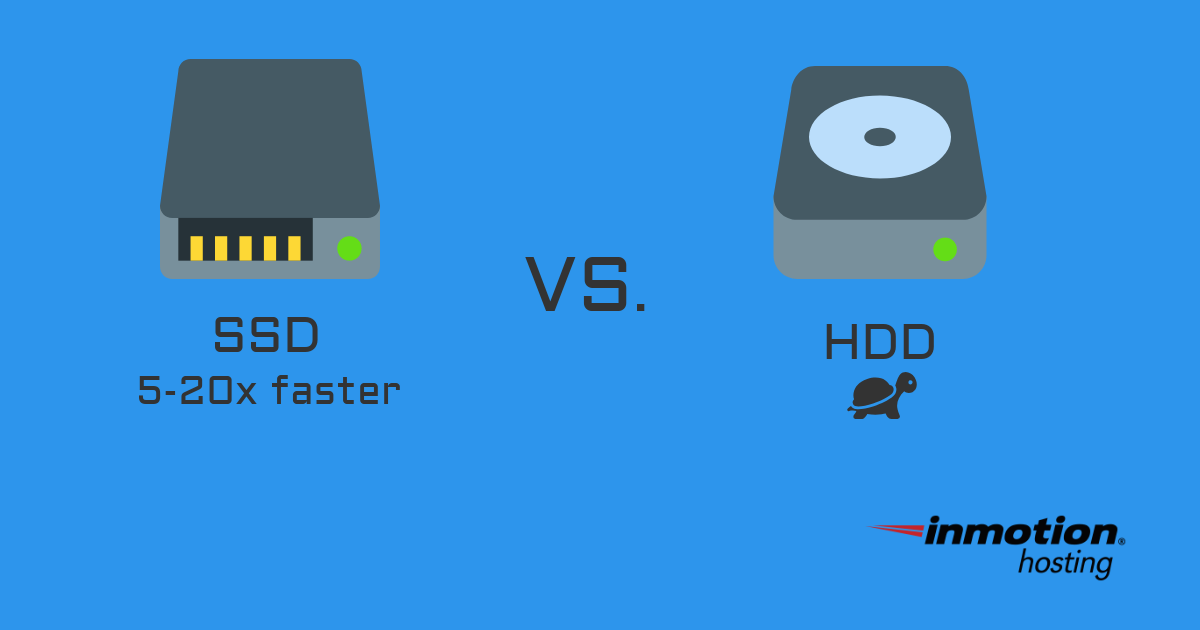 By speed, we mean the speed at which your server can both store and access data and serve it up to visitors.

HDDs consist of a metal disk with a magnetic coating that stores your data. A reading arm hovers over the disk, storing and extracting data as needed.

The faster the disk itself spins, the faster it can store or access data. Unfortunately, the disk can only spin just so fast before it fails, limiting the drive’s speed.

SSDs, on the other hand, have no moving parts. They provide the same basic type of storage but can read and write data with much greater efficiency.

Unlike HDDs, which have moving mechanical parts, SSDs store information in microchips, similar to a flash drive or memory stick.

As a result, they do not require power to “spin up” and have no mechanical limitations impeding their speed.

This means they can store and access data much faster than their spinning counterparts.

Because SSDs serve data significantly faster than HDDs, SSD hosting offers you a website that will load much quicker.

For any business, keeping your data safe and accessible is essential. Since HDDs have moving parts, a risk of failure remains an ever-looming possibility.

Drive failure, in turn, can lead to data corruption and loss. Most hosting providers mitigate these risks by using backup systems, but the risk of data loss still exists, especially for dynamic sites and those with heavy traffic.

In comparison, however, SSDs do not utilize moving mechanical parts, making them far less prone to failure.

While SSDs can eventually wear out and lose performance after many years of use, they have a far longer life expectancy than HDDs.

As a newer technology than its spinning counterpart, SSDs do tend to cost more than HDDs.

However, as adoption rates for SSDs increase, the cost difference has begun to level. Some of the more innovative hosting providers, like InMotion Hosting, have already made the switch, offering SSD hosting solutions.

We offer free SSD storage with all of our dedicated hosting packages. This gives you higher reliability, performance, and improved uptime over HDDs.

That, in turn, means all of our dedicated hosting packages deliver content from your website, blog, or application faster and with less downtime.

Thoughts on “SSD vs HDD Hosting: What’s the Difference”