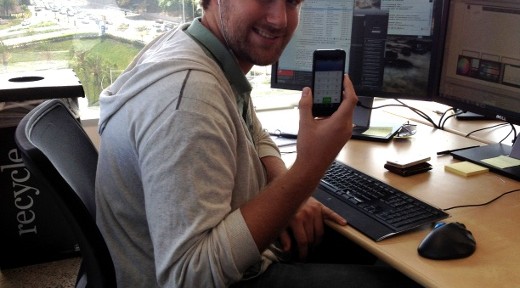 Here at the Los Angeles InMotion office, we’ve got quite a few Apple fanboys that were eager to get their hands on Apple’s new release, the iPhone 5.  Here’s a firsthand review from Andrew, an IMH web designer and excited new iPhone 5 owner. 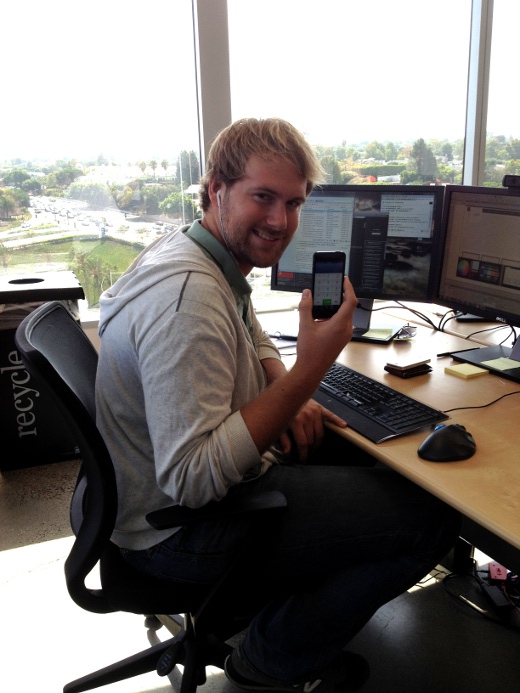 “I’ve been using Apple’s latest iPhone since Friday afternoon. The iPhone 5 is unquestionably the most iconic smartphone, and every new release is met with much hype. Is the iPhone 5 a worthy new addition to the Apple lineup or does it fall short of expectations? Read my quick review to find out.

Hardware
The iPhone 5 is super lightweight, especially compared to the beefy iPhone 4/4S. It’s only .07 inches thinner than its predecessors, but it’s noticeable while holding it. This thing is made out of the glass and textured aluminum on the back. I like the new backplate, though aluminum can (and will) scratch and dent (better than shattering glass I suppose). The new colored metal rim on the black/slate version really brings the whole design together.

The new iPhone boasts an all around spec bump compared to its predecessors. The size of the high-res display was increased to 4” and is slightly improved. Coming from an iPhone 4, I was mainly looking forward to increased speed that the new processor, better RAM, and new 4G connectivity bring. Everything feels snappier, from installing/launching new apps to streaming music from Spotify, to using graphics intensive apps like games. The already top-notch camera from previous generations sees a slight spec increase as well. Oh, and the headphone jack is on the bottom now. It’s next to a smaller adapter… and it’s not micro USB…

Software
Some notable new features include Facetime over 3G, Panorama camera mode, Passbook, and new Maps. Apple has been trying to distance itself from all things Google and subsequently it ditched the Google Maps powered app for an all new Apple created app with a great look and feel. Much has been made of the strange and comical issues that have been found in the app, but it’s not a software issue as much as a data issue. Google has tons of it. Apple doesn’t. Many POIs are missing or incorrect. I have little doubt that Apple and its partners will improve their pool of map data, but it will take time. I think Apple let the cat out of the bag a bit too early on this one.

Which leads me to my second point. iOS seems stagnant. It’s now catching up to the rest of the field with features. If Apple’s decision was to invest engineering time and money, replacing a Map app that just worked on its devices with something just barely good enough, then it’s a sad day for iFans. Apple has enormous software talent and iOS is still a great product. I’d just like to see it shine.

Conclusion
My opinion (having used several Android and RIM phones) is that Apple’s phone industrial design is second to none. The iPhone 5 is an all around improvement on an already great product. iOS is still pleasant to use, but I worry about how it will evolve (or fail to evolve) with the times.

If you have an iPhone 4 then this upgrade is a no brainer. If you have a 4S and are happy with your device, then save some money and wait until the inevitable iPhone 5S. Not like any of my fellow office iGeeks will heed my advice…” 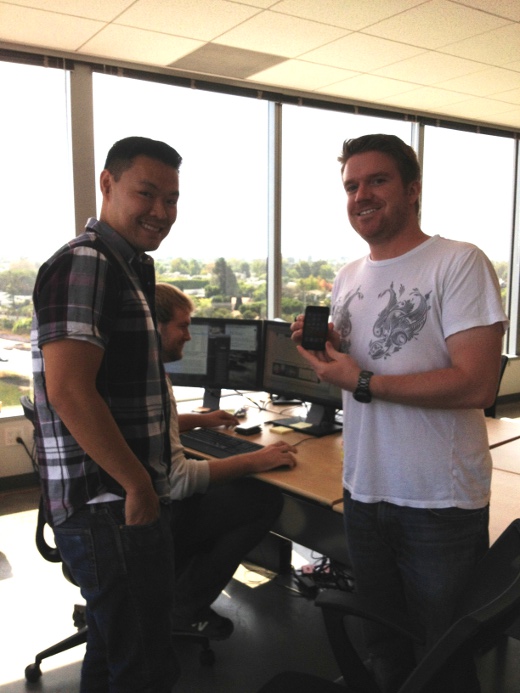