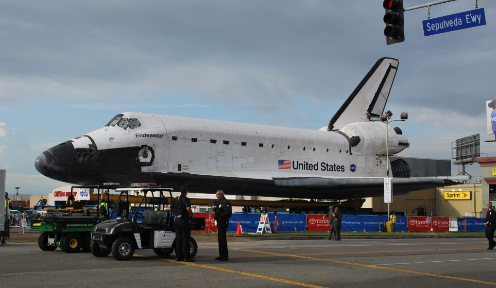 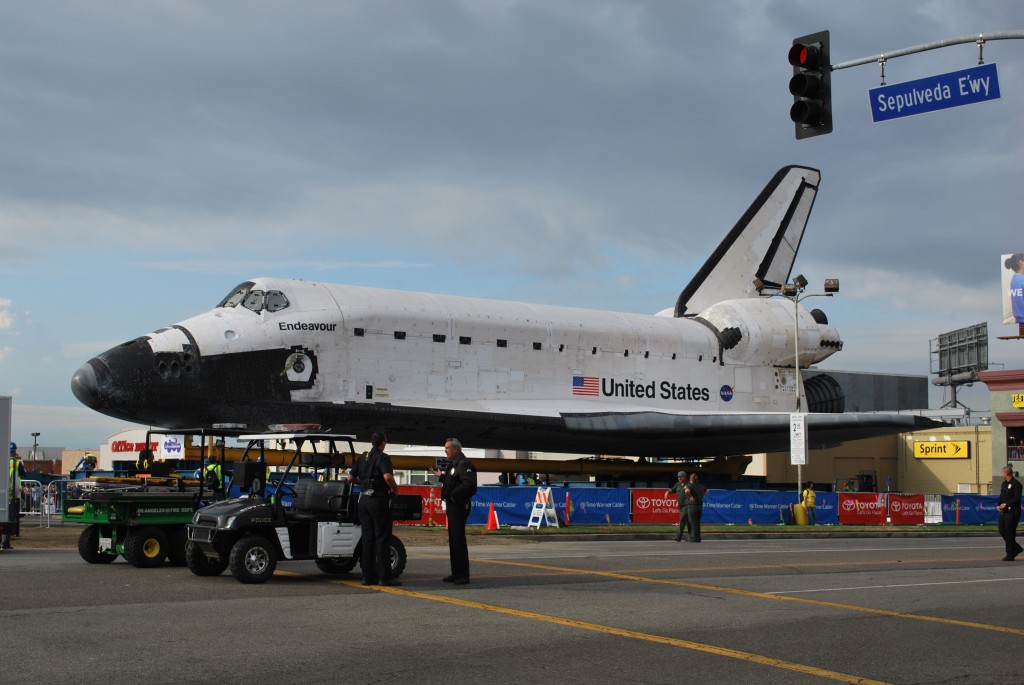 We’re honored to have space shuttle Endeavour making it’s final stay here in Los Angeles. Here at our west coast office situated overlooking the airport, it’s just a walk to see the shuttle situated at one of it’s stops on it’s 12 mile trip to the LA museum. Our building is situated fairly close to the shuttle’s route, which means the commute into our office, as experienced by a number of us here, was spotty with road closure preparations. A small price to pay to feel the awesome presence in person – and “awesome” is a much overused word, but the only one that really suits seeing the shuttle up close.

To recap with the whole journey, the shuttle carrier aircraft took off just over two weeks ago on September 17th, piggy-backing Endeavour on it’s last flight across the United States. Since 1981, space shuttles have been landing at Edwards Air Force Base and have been transported across America to their takeoff site at Kennedy Space Center. Very few people have had the privilege to come close to a shuttle, nor has there been any effort to make an extra show of low flying pass-overs. The focus is merely to get the job done.

Endeavour’s final journey however, was a real mission to say goodbye. It was to spend two days traveling across America with low-flying tours at below 1500ft from the space coast, New Orleans, a stop-over in Houston, and then Edward’s Air Force Base before coming to Los Angeles and beginning two weeks of detaching from the aircraft carrier and processing.

The project is huge, but only to match the majesty of this feat of combined human efforts in engineering. If you follow the hashtag #SpotTheShuttle on Twitter and on Google Plus, you’ll see the incredible montage of people’s snapshots documenting Endeavour’s journey. Endeavour will be assembled in an upright launch position and rebuilt with her rocket boosters in position as testament to her memory. 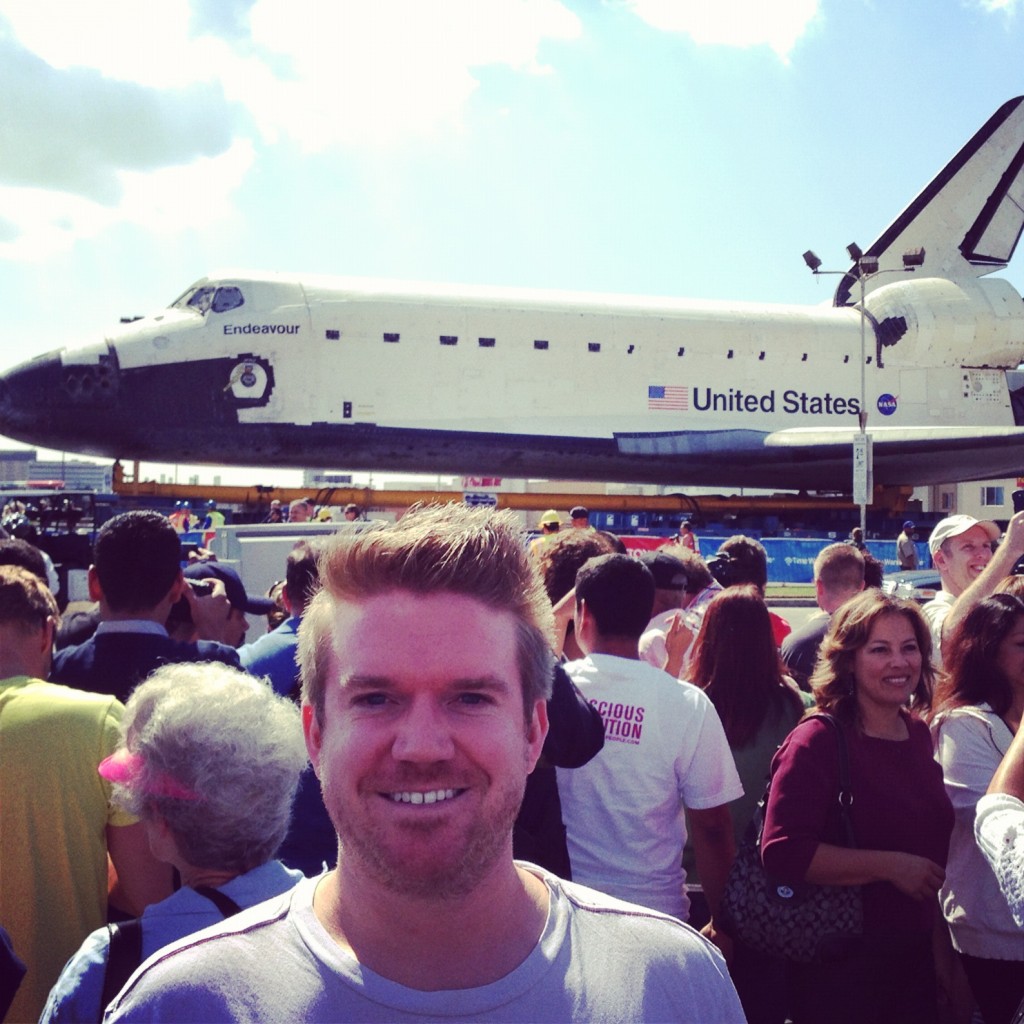 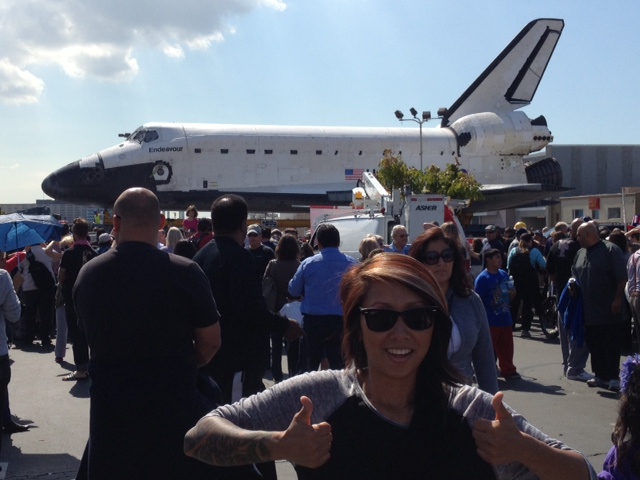