Now that I have caught up after missing my connector Sunday forcing travel into Monday, thank you American Airlines; I now have time to write about how my first WordCamp went in St. Louis. I chose St. Louis for two reasons; one is that it is where I grew up and I have friends and family in the area I was able to stay with, and two was that it is one of the bigger WordCamps with over 300 people in attendance this year. I was one of the more than 175 newbies or first-timers to a WordCamp. WordCamp St. Louis 2015 was hosted on the campus of Washington University. This was nice because it allowed me to relive my youth around UCity and for attendees to see more eclectic parts of St. Louis.

It started with a hell of bus trip to school @wordcampstl pic.twitter.com/iEfP7lWbkj

I have attended dozens if not hundreds of conferences over my professional career and WordCamp is one of the more unique experiences. I hold nearly 20 professional certifications, so the conferences I typically attend are very content specific. I have also worked with military, NGOs, and broadcasters over the years which have conferences associated with those particular industries. WordCamp was much more of an all inclusive conference with cliques, the secret of the cliques was that you utilize or support WordPress within your given clique. Instead of talking about how you utilize or support WordPress directly though, everyone wanted to know what you did. Questions were about work, organizations, or passions then we got onto how WordPress could be utilized in those efforts. The cliques formed around design, security, content, etc but everyone had the underlying common theme of WordPress.

Don’t get me wrong, there were very specific WordPress discussions but they happened in the individual rooms covering Users and Developers needs related to WordPress. These topics were further divided by intro/basic to experienced/advanced topics. My favorite discussions included Pippin Williamson’s @pippinsplugins on backwards compatibility and his impassioned speech on the topic.

Another topic was Cameron Barrett @camworld discussing a topic close to my heart; assisting K-12 districts by utilizing WordPress.

Lucas Lima @luwkaslima also gave a standing room only presentation on how to utilize project management principles when work with WordPress and clients.

Cain @michaelcain and Obenland @obenland Show was entertaining as well as informative on recent WordPress topics including the new release WordPress 4.2 Beta 1.

Finally, listening to how one of the respected members of the community, Mika Epstein @ipstenu, got her start with WordPress and how you can become part of the community by giving back.

If those sessions didn’t dive deeply enough to cover your topic of interest, they had the Happiness Bar open for assistance, or Give Back to Core and Hackathons the second day. They also had a Kids Camp for those kids interested in or who had already had a WordPress site set up. 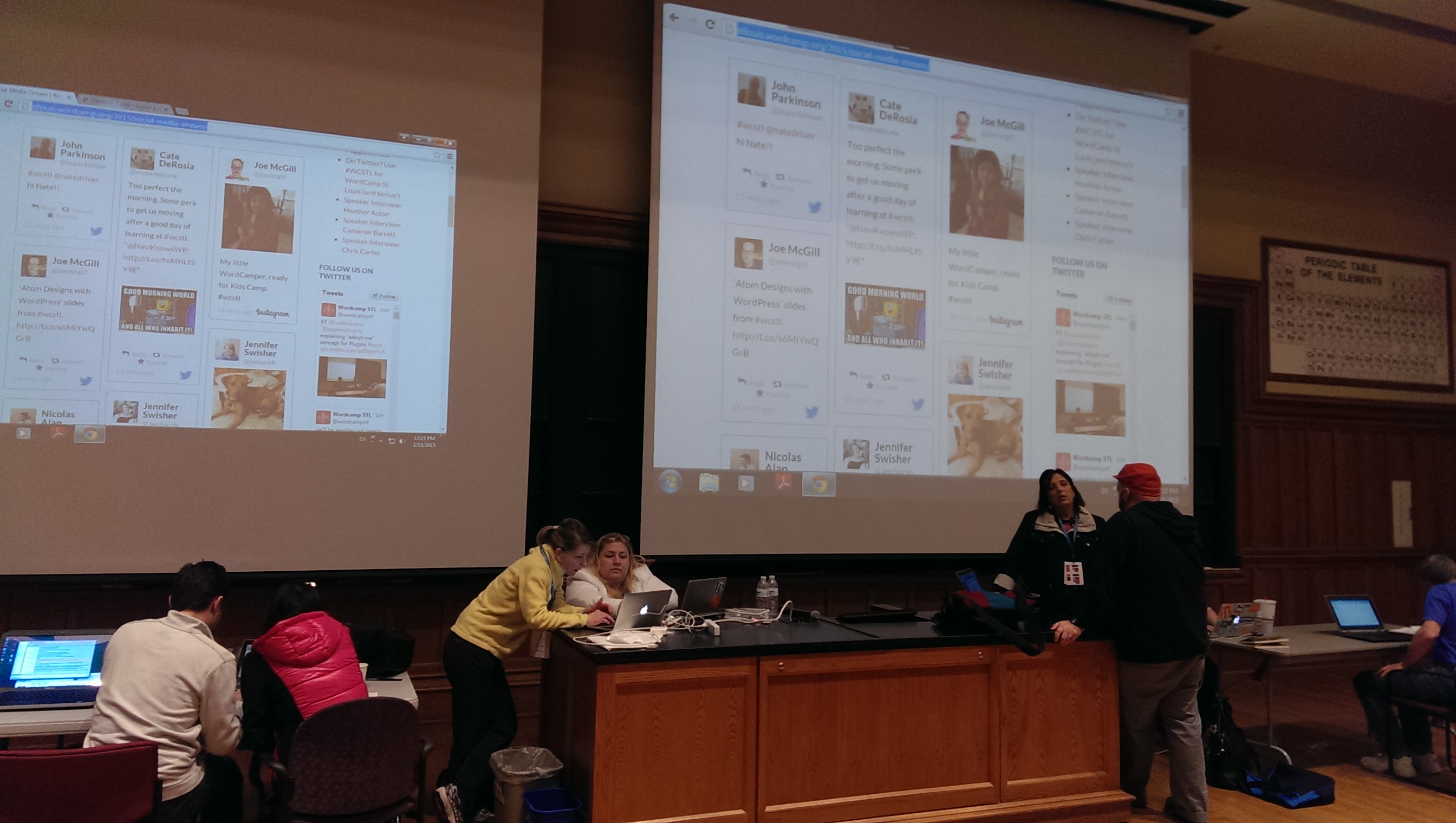 All in all this was a great first experience for me with the WordPress community. It reminds me in a lot of ways how NGOs and professional organizations run which was familiar and comfortable for me based on my background. It also gave me a few ideas. Plus motivated me to move from the WordPress.com site to a hosted WordPress. So in the near future instead of hvyw8.wordpress.com; I will have a hosted blog with a number of plugins covering diabetes.