I had the privilege of attending the 2nd Annual Joomla! World Conference this past November 8th – 10th in beautiful Boston, Massachusetts. With InMotion Hosting as a sponsor once again to support the Open Source Community, we were part of an amazing group of passionate developers, end users, and supporters.

The Joomla! World Conference was one of the most unique events ever. I don’t say this lightly. I have been to tons of shows and conferences, but there is something special about the Joomla! community that sets these events apart from others.

The number of attendees was hovering around the 300 mark, so by no means was it a huge convention, but the quality of people was amazing! I would say that between the 300 or so people at the event, at least a good 30-50 countries were represented. I was fortunate enough to engage with people from Kenya, Pakistan, India, Brazil, Norway, and Bulgaria, just to name a few.

The sole purpose of the event was simple; to get all the passionate Joomla! users from around the world into one place to discuss Joomla!. The three day event was jam packed from morning til night with informational sessions, development help, and inspiring keynote speakers that made the event a truly worthwhile experience. 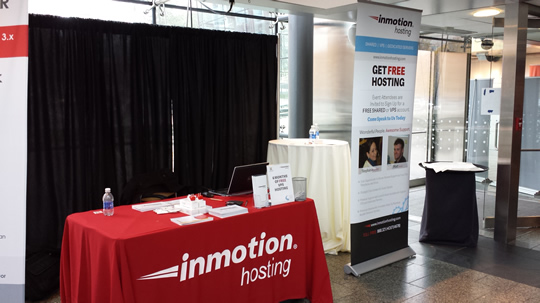 There were several session categories to appeal to the different type of Joomla! user. Sessions were given Developer, Integrator, Designer, SEO/Marketing, or Community labels to identify which topics they were addressing. This made it easy for a newcomer to attend the conference and develop a specific channel relevant to them.

Everyone at the event was there to support the Joomla! project. No one was paid and all the organizers were volunteers from the Joomla! community. It’s truly inspiring to see so many people put on an event when it takes away so much time from their families and personal lives. But that’s the type of people who were there; incredibly passionate and devoted to Joomla!.

This uniqueness stems from the mantra of the Joomla! project itself. Ever since the project had decided to branch off from Mambo CMS, Joomla! has been progressing as a true Open Source CMS, with no restrictions on who can contribute and develop for the project. There is also no clear hierarchy in terms of who dictates, as it’s a completely community driven project. This type of openness gives any one from around the world a chance to be a part of the popular CMS. Just go to their site Joomla.org, and check out their forums to see how you can get started. They have multiple channels, from answering other user questions in forums, to helping with development work for the project itself.
So next year when this event is held again, be sure to consider attending, as you won’t meet a group of people more passionate about Joomla! and the Open Source Project than this crowd.