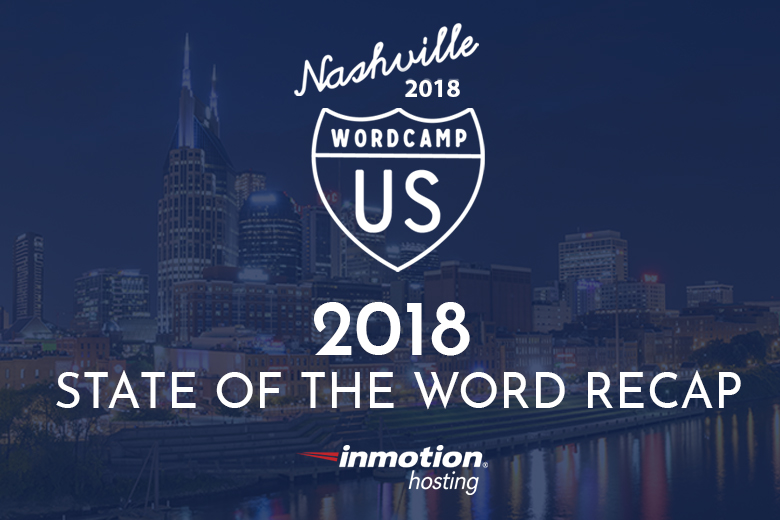 As we tip our hats to the magnificent Music City Center, we wanted to recap some of the exciting news announced at the 2018 WordCamp US in Nashville.

First, the release of WordPress 5.0 “Bebo” was a huge success! This version introduced the Gutenberg Editor as the default editor for Pages and Posts. Although Gutenberg plays the starring role in this release, there are a few features/improvements that are worth an honorable mention. For example, the copy and paste capabilities have been enhanced. Now, copy and paste includes compatibility with Google Docs, Word, and Quip. This means you can easily copy the contents of a Google Doc and paste it directly into the Gutenberg Editor. WordPress will render a live preview and publish the content exactly how it appeared in your Google Doc!

During the State of the Word, Matt Mullenweg unveiled WordPress’s newest block-inspired theme: Twenty Nineteen. This theme was built to exemplify Gutenberg’s capabilities. Matt was completely transparent in admitting that “We’ve still got problems.” This was especially evident when he replayed actual user tests (of WordPress version 4.9) videos. The failures and frustration exposed in these videos helped to justify the block-concept initiative to simplify publishing content. He also demonstrated how the block concept democratizes publishing by introducing new third-party blocks, like WooCommerce, Spoiler Alert, and Ghostwriter.

Not ready for Gutenberg? You can easily reinstall the Classic Editor plugin which will disable the Gutenberg Editor. Keep in mind that the future of WordPress includes an updated Menus and Widgets editor inspired by Gutenberg. Official multilingual support and a higher minimum PHP version are among other initiatives to improve WordPress. We are excited and looking forward to what next year has in store for WordPress. Hopefully, we’ll see you in St. Louis for WordCamp US 2019!