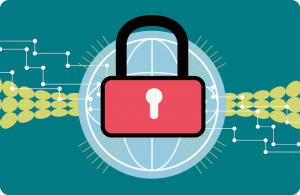 Being security aware is becoming more and more important in the web hosting world. Over the past year, it has been estimated that the damage caused by DDoS and Hackers is costing the global economy approximately $2.5 Trillion a year in losses. In the first quarter of 2013, DDoS attacks grew by over 700%. If you believe you have never been impacted by a DDoS or Hacker attack, you are wrong.  You have been impacted by either a DDoS or Hacker Attack, and you probably lost revenue or customers due to the attack.

Although DDoS are not new and we’ve been hearing about them in the news for years, the types of DDoS attacks are becoming larger and more sophisticated.  What is concerning to me is that most individuals and companies who have a web presence don’t even understand what a DDoS attack is or the fact that at some point in the past, their website has been impacted by a DDoS Attack.

What is a Denial of Service attack (DoS)? A DoS attack is quite simple. The attacker attempts to prevent a website from functioning properly by sending a large amount of requests or other traffic to the target website causing it to become unresponsive.

With all the great advances in technology, there is always someone trying to exploit the technology to do harm. When companies started using distributive technologies for business purposes, attackers started using distributive technologies to enhance their attacks.  Just a few years ago, a large DDoS attack was 10-20mbs of traffic. Today, we regularly see DDoS attacks between 2-4gbs in size and we have seen attacks as large as 10gbs. There have been reports of DDoS attacks exceeding 100gbs.

DDoS attackers are extremely clever, and believe it or not, you may have unknowingly helped one of the attackers to attack another site. It’s true! You may be helping a DDoS attacker right now and don’t even know it. DDoS attackers are always looking for ways to exploit computer systems to host their attacks. Attackers use several techniques to gain access to systems. The most common are:

Once a system has been compromised, the attacker connects your systems to other compromised systems forming a botnet. Once the attacker has enough resources to take down the intended target, the attack is on!  The next thing you know, your IP address is being blocked and your customers are no longer able to get to your website.

The reason for this trend is quite simple. Most people who have an individual website don’t understand the need to keep their website application(s) up-to-date with the latest security patches, creating a bigger risk for a hacker to exploit the vulnerability. Recently one of the major content management systems (CMS) reported major security vulnerability in an older release. Within a few hours, hundreds of thousands of systems around the world were compromised by hackers exploiting the vulnerability.

The good news for our customers is that we take security very seriously and we work very hard to minimize hacks and DDoS attacks. With our recent upgrades to our networks, we have significantly reduced the number DDoS attacks. Unfortunately, there is only so much we can do and we need your help to be more security conscious.

We can block the DDoS attacks, we can tell you about the vulnerabilities with your website, but if you don’t act on our recommendations, there is a very good chance you will be the next victim of a hack attack. If your website has been hacked or you feel as though you may have been hacked, please feel free to contact us. We’re here to help you and we want to make sure you get the best service in the industry.