One of the most popular Linux operating systems (also known as distros) is CentOS. CentOS is based on Red Hat Enterprise Linux (RHEL), a Linux distro designed for commercial applications. The most recent version of CentOS is CentOS 8. At the end of 2021, CentOS 8 will be phased out and replaced with CentOS Stream for continued support and development. In this article, we will explore the concepts of RHEL, CentOS 8, and CentOS Stream and discuss how they relate to one another.

Ubuntu, Debian, OpenSUSE, or Load your own OS

RHEL stands for Red Hat Enterprise Linux. This software was developed by the Red Hat organization, with the primary goal of providing an enterprise-level Linux distro that would be ideal for commercial applications such as web hosting, server farms, and supercomputing. The initial release of the first version of RHEL was in February of 2000, while the most recent version is RHEL 8 and was released in 2019. One of the key features of the RHEL platform is that Red Hat freely shares the source code with the public, making it available to developers for use in their own projects. An example of a project that was derived from this open source model is CentOS.

CentOS 8 is the most recent version of CentOS to be officially released by The CentOS Project. The CentOS Project is affiliated with Red Hat and contributes significant collaborative efforts in the development of various software branches. CentOS stands for Community Enterprise Operating System and has long existed as one of the most popular web server operating systems in the world.

One of the key differences between CentOS 7 and CentOS 8 is the new version of the YUM package manager. YUM stands for Yellowdog Updater-Modified, and has been the package manager for CentOS for many years. This package manager allows users to modify, install, and manage packages used for software installation and execution. In CentOS 8, YUM was upgraded to the DNF package manager. DNF stands for Dandified-Yum, and this upgrade retains much of the functionality of YUM while offering increased performance and reduced RAM usage.

While CentOS 8 is the most recent version of CentOS, it is important to note that it will no longer have official support by the end of 2021. At that time, CentOS will be continued in the form of CentOS Stream. Current users of CentOS 8 (also known as CentOS Linux), will need to switch to RHEL or CentOS Stream in order to continue receiving support for those platforms.

What is CentOS Stream?

CentOS Stream is the upstream development platform for RHEL, taking the place of CentOS 8. Going forward, CentOS Stream will involve the collaboration of Red Hat and CentOS community members that will provide feedback to help shape the development of future software branches. This controversial change to the CentOS platform offers increased community participation in the development process, allowing developers to more quickly track changes coming in new versions of RHEL and by extension, CentOS. While some users express concerns that this may lead to the use of “beta” software on official releases, the end goal is to make future CentOS releases more transparent and better aligned with community goals.

Now that we’ve explored RHEL, CentOS 8, and CentOS Stream, hopefully you can arrive at a more informed decision about which Enterprise Linux solution is right for you. If you are looking for long-term support and continued updates, RHEL and CentOS Stream are a clear choice. The new development and community interaction strategy adopted by Red Hat in collaboration with The CentOS Project aims to provide a more transparent and consistent experience for the future of Enterprise Linux. Unfortunately, CentOS 8 will no longer offer the same experience after the end of 2021, making it less viable when planning for the future.

If you’d like to learn more about using Linux, I recommend reviewing these 5 Free Ways to Learn Linux! 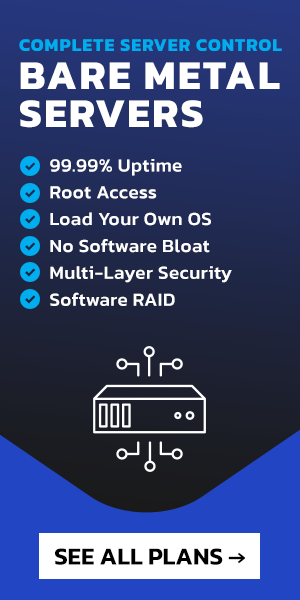