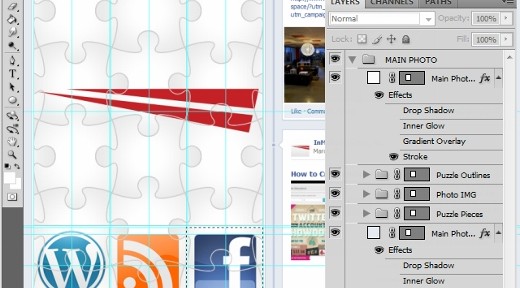 A little while ago we published a Photoshop Template complete with Guidelines so you could create your own Facebook Page Timeline cover. Now here’s a quirky template for you to customize presentations of your Facebook Albums on the Timeline.

You better Pin this useful map of how filmstrips work on Facebook!

a. New Images, Appear Left-to-right. Facebook will automatically present them on your timeline in this order. It’s always the first photo of your set in the primary position, followed by a string in the order you uploaded them underneath. Simple? try to keep it that way as an album of four images at a time, because further uploads to the same album can start to become messy…
b. Further uploads in the same time frame, Right-to-Left. will appear as a film strip with the most recent thumbnail on the left. Facebook will only show the latest 3 uploaded photos. All photos no-matter what their layout will be re-framed to a centralized square of 133px to display as the thumbnail in the film-strip.
c. Additional edits to the album, can end up with your timeline post looking a bit tricky. Removing images from the stream, additions to the album that aren’t in groups of three, will end up in the film strip showing the two earliest un-presented additions to the album in the left-to-right format, with the latest image up front.
d. Highlighted album will show the film strip running Left-To-Right in order of upload, no matter if you swap images around in your album afterwards 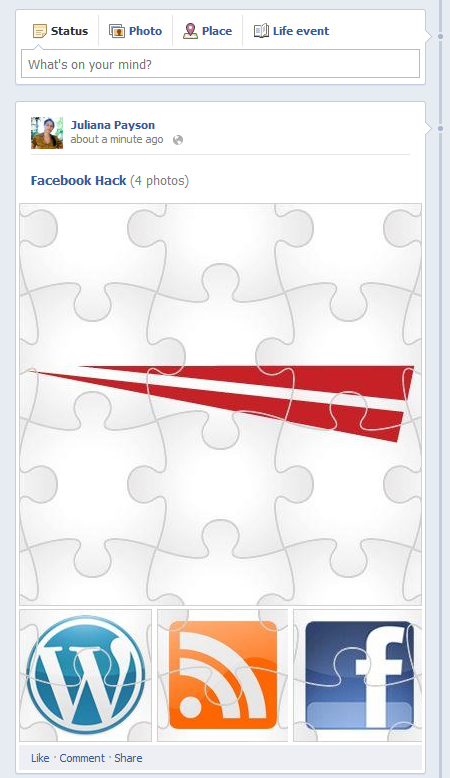 I’m looking forward to screencapping a bunch of reader’s responses so get on and show me your FB Hacks!