It's not a secret that one of the benefits to working at InMotion Hosting are the opportunities for advancement. Just see what two of our associates have to say.

How long have you been with IMH?

Shane Harger (Systems Supervisor): A little under 3 years, Sept 9th, 2008. Can you believe that makes me some sort of veteran around here? It's crazy to know how much we've grown since then.

What was your first position held at IMH?

Shane: I was a Tier 1 Technical Support Representative.

Where has your career taken you since your first day?

Shane: We were really small when I started. I think I was the 12th person on the east coast, so a lot of positions have evolved, and I was lucky to evolve with them. After Tier 1, the Tier 1 Advanced position became an opportunity, and I served in that role for awhile. Next the Tier2C position was introduced, and I was able to be one of the first 3 T2Cs. After a little time, I was encouraged to apply for the Tier 2S team. And let me tell you, that was scary because I didn't think I was ready, but IMH  felt that I was. A year after that, I'm now the Tier 2S Supervisor.

Ben: After a month in Tier 1, I moved to Tier 1 Advanced, which gave me more privileges on client servers. After 4 months of excelling in Tier 1 Advanced, I was promoted to Tier 2C. In this role I was granted full privileges on client servers, which was an honor that I was being trusted with so much responsibility. There were talks of expanding the Web Design team to the East Coast and working in Web Design was always a dream job of mine. When the opportunity arose I jumped at the chance. I was the only Designer on the East Coast for 3-4 months and now the department has grown to 18.

What do you feel helped you advance through the company?

Shane: Everyone was very helpful and encouraging, just like they are with customers, actually (I promise I'm not bragging, I just know we're the best). They were all patient and able to teach you how to do things on your own or how to find it our for yourself, so you can be more self-managed. Individually, it takes a lot of focus and the desire to learn something new. Hosting is a unique environment, and you're always going to be at a point where you don't know everything. If you want to go to the next level, there's always something for you and always someone willing to help get you there.

Ben: Being a team player and open minded about what roles I would play in each position. Sometimes you may end up doing a bit more work than expected, but it pays off in the end.

What aspect do you enjoy most about working at IMH?

Shane: I love the team building aspect that's required to make this entire thing work. And it's always nice to know that I enjoy the company of my team members. No one wants to work 8-10 hr days with someone they can't stand. I generally don't have that problem, so that's a good thing, :thumbs up:

Ben: I really like the open communication between employees and management.

Do you have any advice to give to someone who wants to start out in our industry?

Shane: Unless you have specifically done cPanel hosting or shared hosting before, the job can be very challenging at first, but very rewarding if you hang in there. So hang in there! Always, have the desire to learn and take the initiative to learn it.

Ben: Always do more than what is expected of you on a consistent basis and it will be noticed and rewarded. 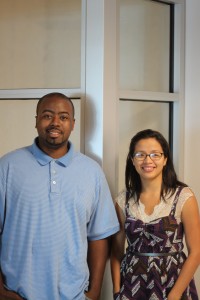