Linux is kind of a big deal.

I have heard all sorts of opinions about it. I have heard everything from Linux being the savior of computing to one person that told me in an interview it was a novelty operating system (inside info-here at InMotion we don’t consider that to be a Novelty). It’s certainly not a novelty and while it being a savior to computing might be a little much, it is certainly ingrained in the very fabric of the computing society we interact with every day.

Doubt it’s importance? Aside from it running nine out of the ten most powerful supercomputers, being ported onto phones, running nearly two thirds of web hosting and having hundreds of distributions, Linus Torvalds, the creator of Linux was the shared winner of Millennium Technology Prize.  He shares this prize with a guy who figured out how to make human skin cells act like stem cells. To share a prize with someone who created technology that is literally life saving means Linus’ work is, as I said, kind of a big deal.

Where am I going with this? Well here at InMotion Hosting we too use Linux. We want you to use Linux too. Especially if you want to work here.

Why Do We Use Linux?

Interested? Intrigued? Confused? Let’s try to make it clear why Linux is pretty awesome. It’s free for a start. Now, I know what you’re thinking, “Free things are usually rubbish.” While I appreciate your skepticism, I assure you that while Linux can fit into a Volkswagen Golf it is far from rubbish. Linux is open source, allowing developers from all backgrounds to either take the Linux kernel and make their own package of it (called a distribution) or submit changes to the main Linux kernel. For more information about how the Linux kernel is put together, check out https://linuxfoundation.org.

Since it is free and open source, we can make modifications to the distribution as we see fit to make it work best for our configuration. Try to do that with Windows Server and you will probably get a nasty-gram from Redmond, Washington. On top of that, since we don’t pay the licensing fees that come with a Windows server distribution we can pass that saving down to the customer. This maks the hosting cheaper and able to spend that money elsewhere, like support, better servers and foosball accessories.

Want to Get Started?

If you are now excited to get started with Linux, that’s fantastic. That’s the sort of drive that InMotion loves to see. Where does one get started though? I’ll be honest, it can be like drinking through a fire hose powered by a hurricane but don’t fear, we’ll get you pointed in the right direction. First a bit of advice: Don’t get discouraged when you thoroughly break your first, second or twentieth install of Linux. No, there is no if. It’s a when. You will break Linux, because if you don’t, you are not pushing your abilities. Really explore the space and the code.

First order of business is what distribution to get. Some people call them flavors and that’s not a bad analogy in many respects. Like ice cream not everyone likes the same flavors but at the end of the day it’s the same basic ingredients and it’s all ice cream. All Linux distributions have the same basic ingredients however it’s all about what comes with it that makes all the difference. If this is your first foray into Linux I’d recommend one of the following:

Those are just suggestions, you are free to select other ones, Arch, Gentoo, Slackware, Mandriva, Suse. The choice is yours, but I recommend Ubuntu, Debian or Fedora if you are just getting going. Each comes with an installer guide, so open that up in a new tab, get it installed and then come right back here.

Installed? Cool. Take a moment to savor the shiny desktop environment you have before you. Looks nice right? I will show you something that is even better: Terminal. Go on, open it up.

You are now presented with a prompt. While Windows and Mac may try to convince you that shiny buttons and clicking is the way forward, us Linux users know this isn’t the case. Pointing and clicking  is the human communication equivalent of pointing at something and grunting because you don’t know the language. Working in the terminal is speaking the computer’s language and anyone who has traveled abroad will tell you speaking the local lingo makes getting around much easier. Computing is no different. With a graphic interface you are limited to what you see to communicate action, with the command line you are only limited by your willingness to learn commands!

I can see you now, staring into that terminal ready to type something, anything. I will warn you now, once you start working in terminal you will not want to go back. Possibly one of the best turtorials to get you started working in the terminal can be found here:  https://linuxcommand.org/.

That site will guide you in gently into working with the command line and before you know it you will be managing jobs, redirecting output and killing commands that have run out of control after SIGTERM has failed to work (you’ll understand all that soon enough). Just think: that is only the beginning. Next step is writing shell scripts and you will be automating things you wouldn’t have dreamed of a mere few days ago.

What’s Next and Wrapping This Up

Well, I’m sure you are raring to get into the terminal and start playing with Linux so I’ll keep this brief. I’m asked frequently what one should do with Linux to learn it. “What should I install?” “What should I not do?” To tell the truth, I’m always really bad at answering that. Aside from learning the shell above I encourage people to go explore. Install Apache, MySQL and PHP if it so suits you (and is relevant for our work), install Rails if Ruby is your thing, manage your own DNS or just become an expert shell programmer. Know how to do that and you can break into programming.

I hope you see what I’m getting at, the possibilities are endless, so go forth and explore. 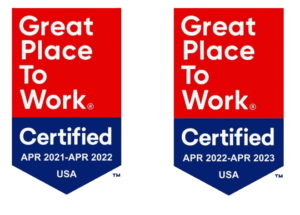