I had the opportunity to go to DrupalCon 2015 in Los Angeles this past week. It was my second DrupalCon, my first one being in Portland in 2013. I was very excited to make the trip to see how the Drupal community has grown and what changes were made since my last visit.

The trip itself is also interesting as you start to see other people headed to DrupalCon in the various airports along the way. Sometimes you even end up sitting next to another attendee and share stories while you travel.

DrupalCons are typically much larger than the WordCamps we also attend. WordCamps happenmany times a year and in many different cities around the US, whereas DrupalCon happens once a year in the US. This time, DrupalCon was held in Los Angeles, California.

DrupalCon always kicks off with a keynote from Dries Buytaert, the founder of Drupal. Each time I see him speak he gets better and I learn more. The talk was attended by a full house of Drupal Developers, front end users, theme developers, etc. Even in the largest room of the conference center there was standing room only. Dries’ keynote was about the current state of Drupal and where it is headed for the future.

This year’s DrupalCon had over 3500 attendees, which came from all across the US and even other parts of the world. Over the five days there were 130 different educational talks for all ranges of Drupal experience. They also had several coding sessions, various social events, BOF (Birds of a feather) sessions, and of course the exhibition hall where there were around 70 different exhibitors promoting and educating.

The Drupal culture is very friendly with everyone talking to each other about their particular Drupal experience and projects. They simply tingle with excitement about sharing their knowledge. DrupalCon attendees treat each other as equals no matter how much or little experience they have.

Are you ready to join a company that is active in the tech community? Submit your resume to [email protected] for review. 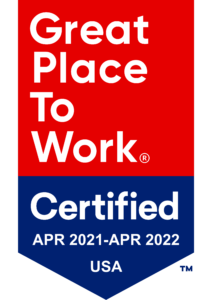