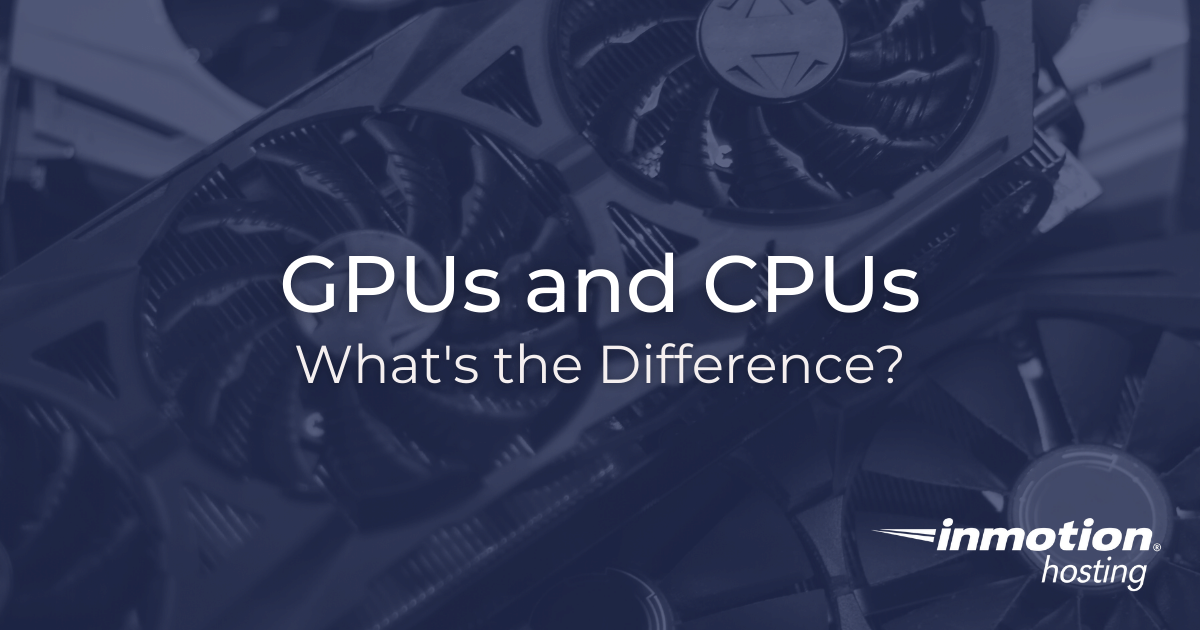 While the differences between graphics processing units (GPUs) and central processing units (CPUs) may seem self-explanatory, there are a number of key differences that are not immediately apparent. Even though both GPUs and CPUs handle complex computational tasks, they differ in their processing power, number of processor cores, and ability to handle concurrent processing tasks. In this article we will discuss these differences and how they impact hardware performance.

Even though both GPUs and CPUs make use of processor cores to perform computational tasks, they differ in how these cores are specialized to handle different types of tasks. For example, CPUs are designed to handle a wide variety of system tasks such as data processing and mathematical calculations. In exchange for this versatility, CPUs can only perform a limited number of tasks concurrently.

Meanwhile, GPUs are designed to handle a specific set of tasks such as high-resolution image rendering and graphics processing and can perform these tasks concurrently. This ability to handle multiple tasks simultaneously has ties to the long-practiced concept of parallel computing, where multiple processor cores perform computational tasks in a concurrent manner, rather than the step-wise, serial manner common to CPU-based tasks.

As mentioned previously, both CPUs and GPUs use processor cores to perform computations. Not only do CPus and GPUs differ in how these processors are designed, they also differ in terms of numbers. Commonly, modern consumer CPUs have 4 to 8 processor cores, allowing some degree of parallel computation, with each core handling a limited number of programmed instructions known as software threads. By contrast, modern GPUs often have hundreds of processor cores that can handle thousands of software threads.

The aforementioned differences between GPUs and CPUs all combine to create a significant disparity in computational throughput capacity. CPUs, with their lower number of cores and software threads, can only perform tasks serially, thus decreasing the amount of data a single processor core can process in a given amount of time and reducing the overall throughput capacity of the hardware. GPUs, by contrast, with their higher number of cores and software threads, can process tasks concurrently and produce a much higher throughput as a result.

One of the long-held adages of computer hardware is Moore’s Law. Moore’s Law postulates that the number of transistors included in an integrated circuit will double every two years or so. This has given rise to a rapid advancement in computing power, but has since run into physical limitations. Thankfully, the advent of graphics cards made these physical limitations largely irrelevant. Rather than cramming additional transistors into vanishingly small integrated circuit real estate, the circuits can instead be arranged in parallel configurations as described previously to boost computational capacity and increase throughput.

In addition to overcoming the physical limitations to Moore’s Law, graphics cards also boast increased energy efficiency, as every unit of energy spent by a GPU can perform a greater amount of work than is the case with CPUs. As such, GPUs are the preferred choice for artificial intelligence applications and supercomputing projects, as large amounts of data can be processed with a much lower energetic requirement than with CPU-based computing.

Why Are GPUs A Good Choice for Private Cloud Hosting?

Now that we have a better understanding of the differences between GPUs and CPUs, it is clear that GPUs have fundamentally altered the computing landscape and are poised to serve as the backbone of a new generation of high-throughput, parallelized computing solutions. While CPUs are still vital for general computations and system functions, it is clear that they are no longer the end-all-be-all of processing power.

Be on the lookout for new GPU Servers available for our Flex Metal Private Cloud Hosting plans! In the meantime, check out our Flex Metal Cloud Infrastructure as a Service product. This is a powerful private cloud solution that gives you the security and performance you need to successfully run your business. Learn more about the Private Cloud IaaS inside of Flex Metal.

Alyssa started working for InMotion Hosting in 2015 as a member of the Technical Support team. Before being promoted to Technical Writer, Alyssa developed expertise in the fields of server hardware, Linux operating systems, cPanel, and WordPress. She now works to produce quality technical content featuring cutting-edge topics such as machine learning, data center infrastructure, and graphics card technology.